National Parks Sites & The Top of the Rock

Our rest of our last full day in New York we went to some more National Parks sites. After the 9/11 Memorial, we ventured down to Trinity Church. 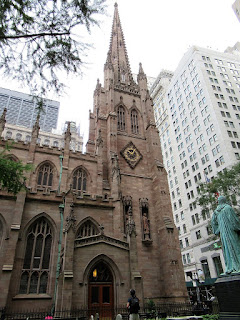 A very old and beautiful church. We also walked around their cemetery to see the Alexander Hamilton’s tomb. 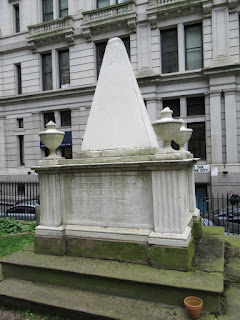 Also nearby was the Federal Hall National Memorial, the place that George Washington’s inauguration was held. It was an interesting place but I was disappointed to find out it wasn’t the actual building. Oh well, I guess the site will do. It is kitty-corner from NY Stock Exchange. 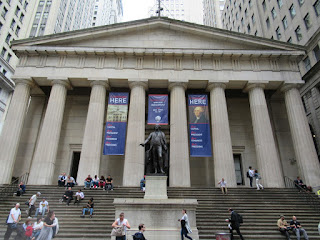 From there we walked south to Castle Clinton National Monument. It was America's first immigration station (predating Ellis Island), where more than 8 million people arrived in the U.S. from 1855 to 1890. 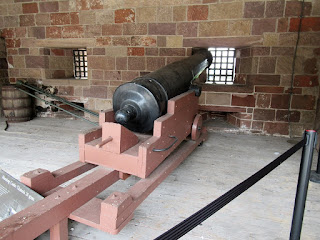 After a short subway ride to Union Square, we walked to Theodore Roosevelt Birthplace National Historic Site. We got there in time to catch the tour of the place. I was, again, disappointed that this wasn’t the original house but a recreated house. It was furnished with the Roosevelt family items but the building itself was not the original. Boo! The tour was quite long but interesting. 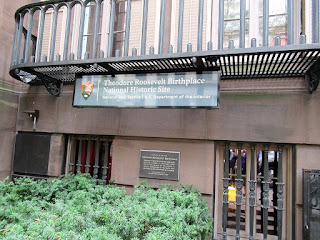 We made our way back to the hotel in the pouring rain. It was not a pleasant end to our afternoon. After relaxing for bit, we went across the street to the Irish Pub for some dinner and walked to the Rockefeller Center to go to the Top of the Rock. We had some amazing views of NYC at night. It was very cold and windy up there but a cool sight. We got a 360 view of NYC. The best part of going to the Rock instead of the Empire State Building is that we could get the Empire State building into my pictures!  That is a very smart tip I read somewhere. It was also conveniently located close to our hotel. 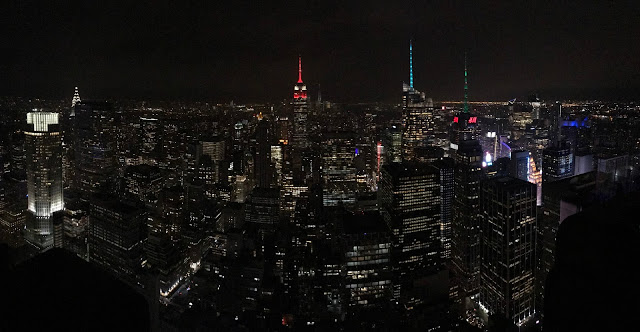 Overall our trip to NYC was short but we got to see a lot of new things that we didn’t see the last time we were here.
Posted by KimmerBee at 6:46 PM