We left our weird inn in Manchester and headed to Calvin Coolidge Historic Site. It was neat little place in the middle of nowhere Vermont. Calvin was born on July 4, 1872 in Plymouth, VT. He spent a lot of his life in this tiny town. The town has been preserved as it was when Calvin Coolidge lived there. His church is there, the general store his family ran, the house he was born in, the house he grew up in and the place where he took the oath of office for President of United States on August 2, 1923…his dad swore him in! He became the 30th President after Warren Harding died.  He is even buried here. Literally everything important to Calvin Coolidge happened here. How cool is that?  I think his wife would have been awesome. I mean she did keep a raccoon and many other animals as pets. 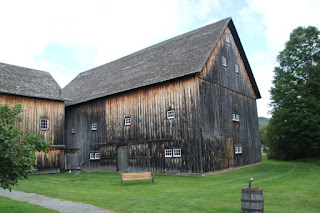 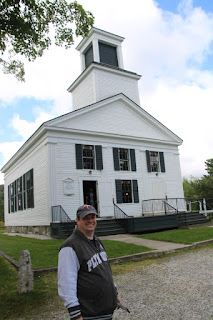 On the way to Franconia State Park we stopped at the Quechee Bridge and Gorge. I remember this place when we visited in 2006. It was nice to stop again. I looked back at old pictures and there wasn’t a fence on the bridge. I’m sure they had to add it for safety reasons. 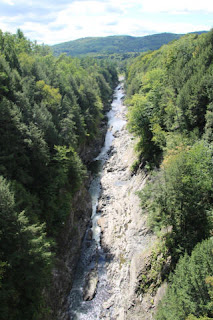 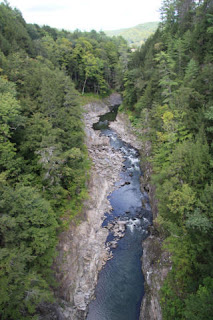 We also visited Franconia State Park when we were there in 2006 but it was so foggy we couldn’t go up the Tramway. Well this time it was sunny…well to start. Haha!  I got a few good pictures when we got to the top before the fog came in. Darnit!  It was also very cold up there. 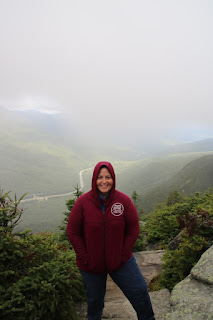 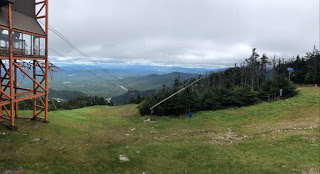 The next stop was just down the road at the Flume Gorge. It was very cool to hike back to the gorge and see what nature does to rocks. Of course there was a waterfall back there too. I love my waterfalls! 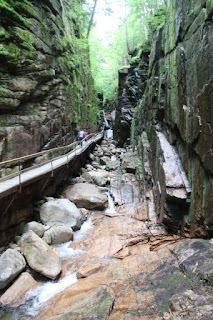 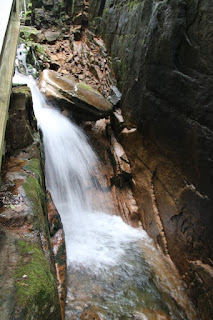 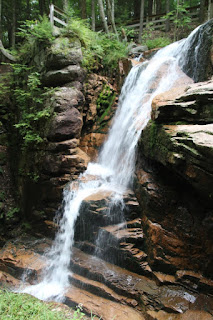 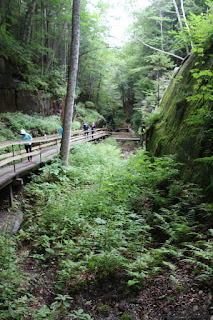 We made one more stop at Glen Ellis Waterfall before heading to our hotel. It was a short hike from the parking area but totally worth it. 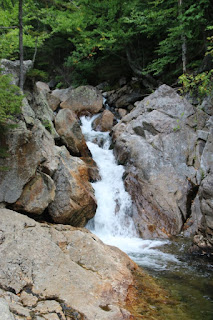 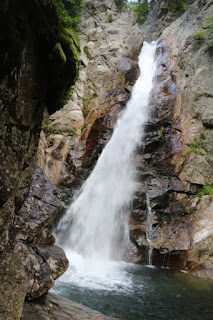 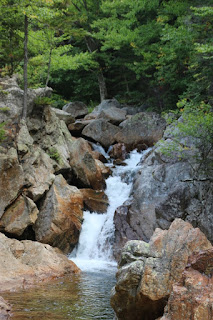 We stayed in North Conway, New Hampshire this night. Our hotel had a couple waterslides in the pool area. There were no kids in there, only a few adults in the hot tub, so Eric and I went down them a couple times. It was so much fun!

The next day we drove in to Maine to say we had been. It wasn’t that exciting. Our next trip out to New England will be mostly to Maine. I want to go to Acadia so bad!

We drove the Kancamagus Pass through the White Mountain National Forest. We also did this in 2006. I remember because I slipped off a rock and fell into the river. The good ole days. Haha. 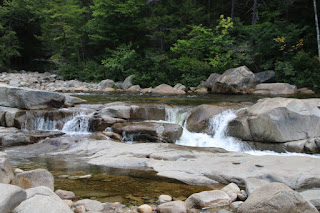 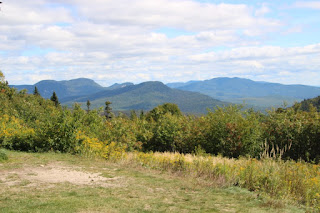 We stopped at one last State Capitol/House in Concord, NH. We stumbled upon the tour and it was very interesting. We went into the governor’s office and the secretary of state’s office. It was interesting to hear about how much the state representatives and senators make….$100 and $200 a year, respectively. It really is a volunteer job. For comparison, a Minnesota Legislator's salary is $45,000 per year. Crazy difference! 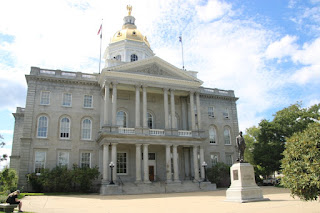 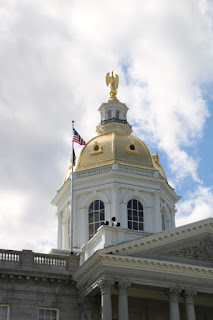 That was the end of our touring. We drive back to Logan and had a late flight back home.

Posted by KimmerBee at 9:05 PM