What a busy month 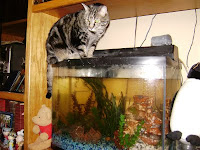 Boy has life been busy in April. Where to begin? We had an excellent weekend at my Mom's on April 1, 2, and 3. I went to a bridal shower for one of my best friends from High School, Mandi. Then we went out for Mom's birthday to Wason's Supper Club. Awesome food. Afterwards we went bar hopping. It is really odd saying that you went bar hopping with your mom. But we went to George's, Wasons, Jailhouse and Tamarack. At the Jailhouse we had the birthday shot. I'm not exactly sure what is in it but I pretty sure Apple Pucker is in it. It is served in a bed pan. Ha ha! Great pictures.
We went to our first Twins Game of the year. We were joined by my cousin, Brad and his wife, Emily. It was so much fun. They actually won (which is rare this year) in 10 innings. This past weekend we went down to Wisconsin again. This is become a common occurrence lately. Mike had his Chicken Q fundraiser at George's. Yum, BBQ'd chicken. Mom and I helped out. I was putting the chickens in the to-go containers....those were some might big birds. My middle finger still hurts from the tongs. We had a huge birthday cake for my mom and she got flowers.
I made her a picture for her garage window. It was such a hit that I got a request for 2 more from her neighbors (see below). It was a great weekend.
Look what our naughty cat got into, he is on top of the aquarium. He was trying to get at the palms from Palm Sunday. Yesterday I got my first pedi of the year. I'm so excited for summer. Unfortunately I can't show it off as it snowed today. April snow is cool...it looks pretty when it comes down but it doesn't accumulate.
Can't wait for May! Only 31 days until Graduation! YAY!!

Posted by KimmerBee at 9:21 AM No comments:

Swirl and the Aquarium 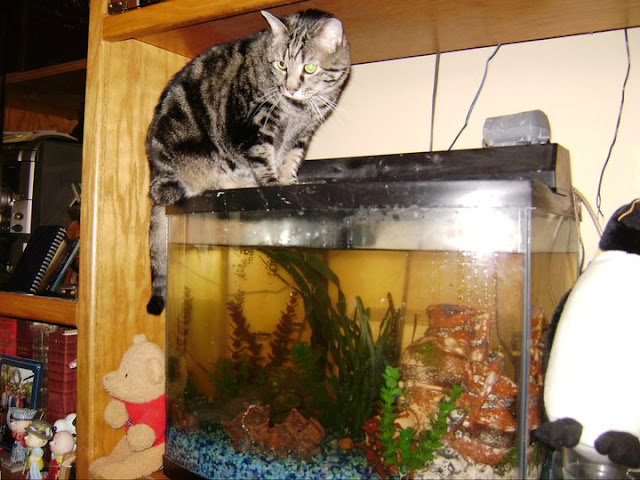 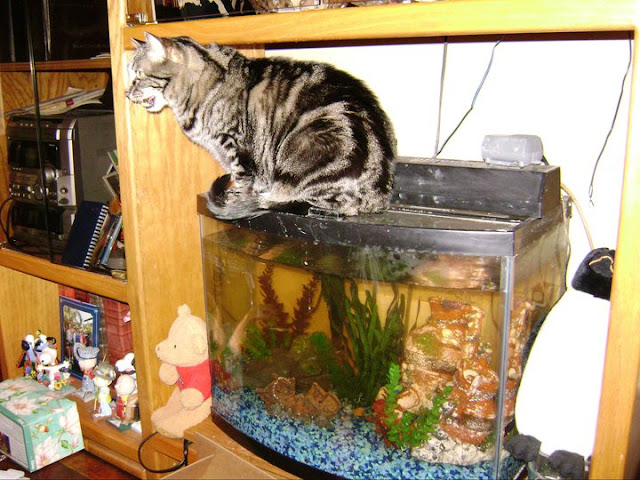 Posted by KimmerBee at 9:09 PM No comments: 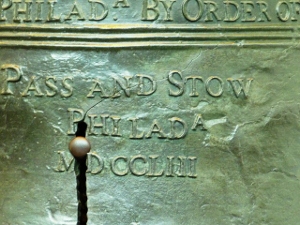 Happy April Fools!!! I'm gonna be published! Its official the John Wiley Textbook company is using my photo of the Liberty Bell crack for the cover of the textbook Deformation and Fracture Mechanics of Engineering Materials. (this is no April Fool's joke) Here is the photo: Cool huh? Sunday was my last official class for my degree. I still have 5 more Advanced Accounting classes but this class isn't required for my degree. I turned in my take home final on Thursday so I'm done with that class and I have my weekends back. YES!!!!
My lenten "work out every day" thing has been going great. I haven't missed a morning yet, even when I was suffering with my nasty cold! And the last 4 days Eric has joined me!! I know shocking...Mr. Morning Guy himself - NOT! And, as a result, I have lost 6 lbs! I have long way to go though.
The Minnesota River is flooding again. I know it seems like it happens all the time. It is the 3rd time in just over a year. So again our road to work is closed again. Normally this would mean super long commutes but that ain't so this time. MnDOT got smart and added another lane to the only bridge over the river! The commutes have actually gotten shorter! I'm getting work in 45 minutes and normal it takes over an hour. Sweet! The river crested on Wednesday but they expect it to crest again because it hasn't been warm enough to melt all the snow.
We are currently at my mom's house for the weekend. We have a bridal shower tomorrow and than we are going out to eat for my Mom's Birthday which is April 11.
That is about all that is exciting in our lives now.
Later!

Posted by KimmerBee at 9:23 AM No comments: