The final race in the 5K Challenge series.

The Start
We did a quick change of bibs from the 10K race that we ran right before this race and got in the back of the line for the start…bad move. The 5K was full of school aged kids, and I don’t mean high school…I mean elementary kids in jeans and yellow shirts. I couldn’t get around them and running up that long hill was a problem. There were so many walkers in the 5K. Not that is bad, I think it is great that all these people came out and participated. I just wish they would all  move to side when they decided that they are going to walk. Before I take a walk break, I always check behind my shoulder to make sure that nobody is running right behind me. I move over to the side and get out of the way. These people don’t get out of the way. They will jog for a bit and then bam stop to walk and don’t look behind them to see if somebody was on their heels. It is very frustrating. I wish there was an etiquette course that is taught before 5k races.  Now back to the kids, I can forgive the kids for not knowing that when you need to tie your shoe you don’t stop, bend over and do it in the middle of a race course. It didn’t happen to me once, or twice…THREE TIMES in the first half mile, up the hill. I got behind this kid and bam, stopped to tie his shoe. Got around him only to have the same thing happen to me 2 more times. I was a bit annoyed and of course after running the 10K my legs were mad at me for this sudden stop and then running again that I gave up on running the hill and just walked. Once I got to the top, I started running again. My first mile was terrible, it came in at 13:22. But I did walk up the hill so I understand and I’m not upset. Eric of course was long gone before the troubles with the kids happened.

The Middle
This race never spread out like most races. It was a constant traffic jam with the stop and start. I got away from the kids in mile 2. Occasionally I’d catch up to one of them that sprinted out too fast and was barely walking now…I feel for the kid…he didn’t know. And of course the 2 girls that come running up behind me and was chatting with a boy who didn’t know them and they were giving him crap because they go to the same church and school, how do you not know me (in a little snotty girl voice). That cracked me up. I have to say those kids were annoying in the first mile and entertaining in the second. Ha! Mile 2 was faster at 13:11.

The Finish
Mile 3 was my fastest at 13:02. Like the 10k, the 5K finishes down the same hill. My last half a mile of the race was pretty good with my average pace under 12 minutes. That made me happy. My overall time was 40:59. I beat 41 minutes by a second! Yes! If I didn’t get caught up with the stopping and starting of the first half mile of the race, I’m sure I could have ran faster.  But no excuses!

We completed the 5K challenge and got an awesome medal, see below. 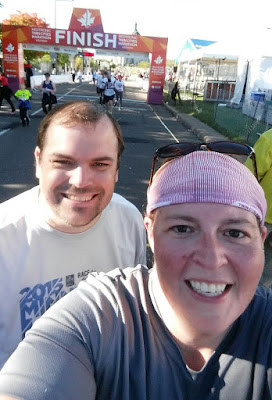 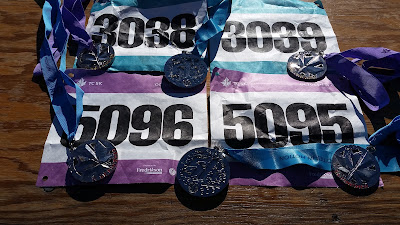 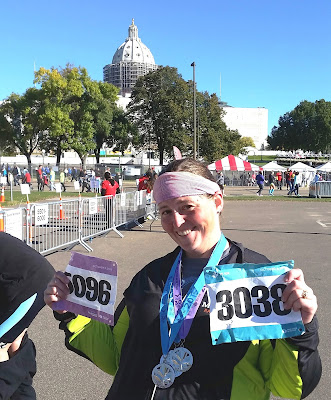 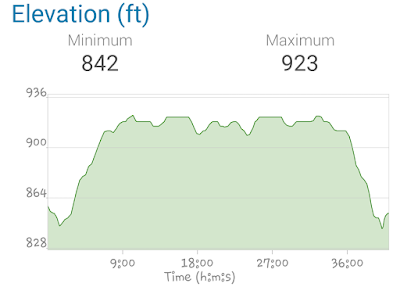