Snæfellsnes Peninsula in the Rain

Today was disappointing. I had very HIGH expectations for the Snæfellsnes Peninsula and the rain really dampened it. It was a long day and long drive. The drive up wasn’t so bad, it wasn’t raining too hard. Here are some of the pictures from the drive up: 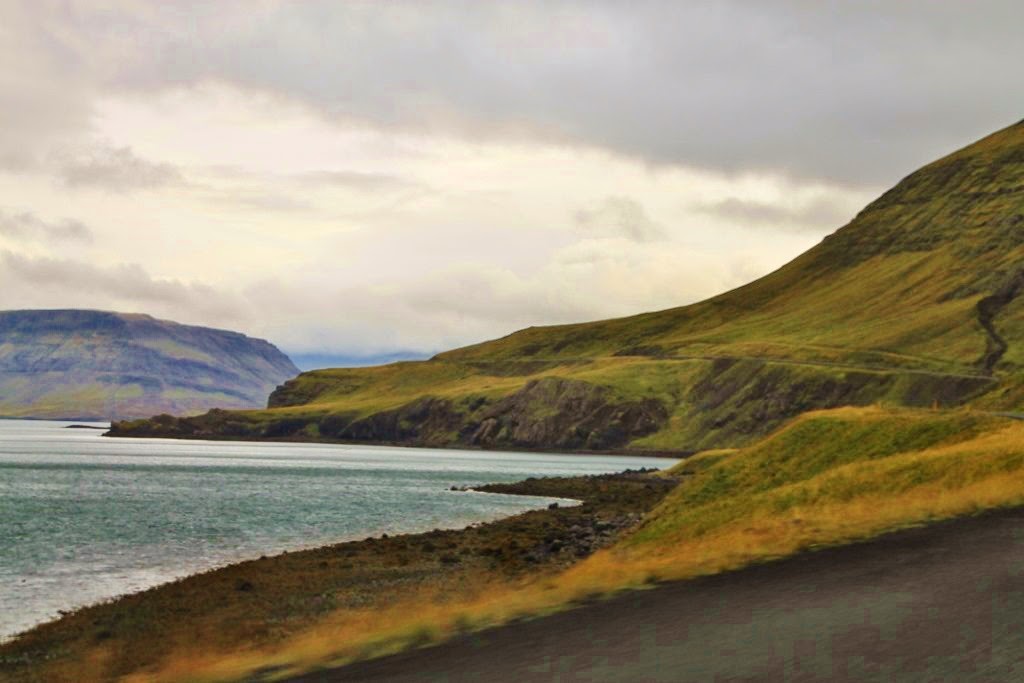 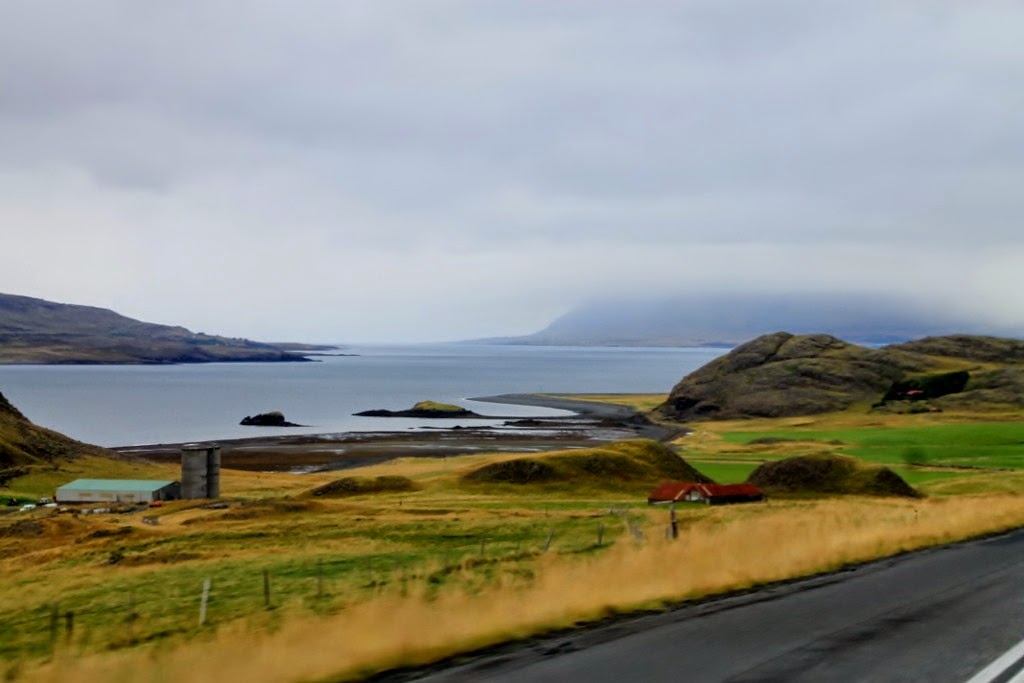 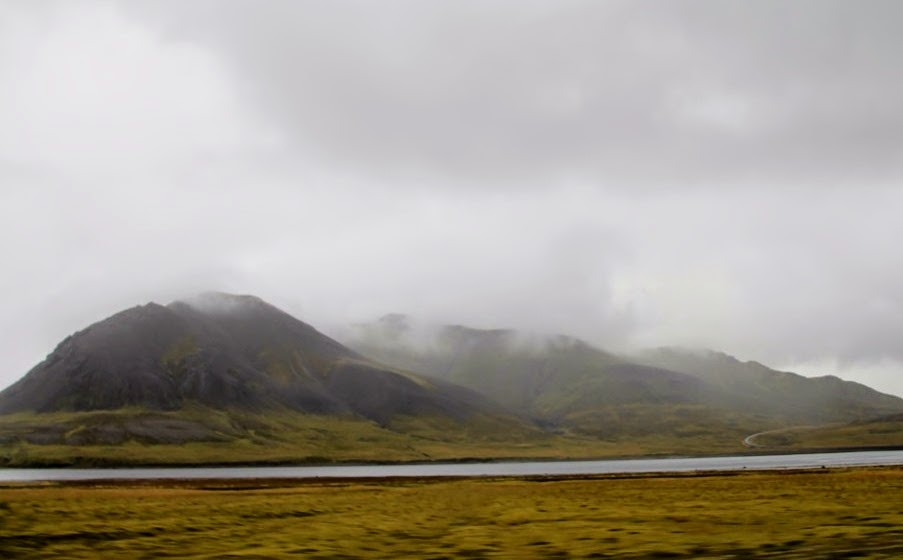 Kirkjufell mountain in Grundarfjörður
This is Kirkjufell which means church mountain. It is in the town of Grundarfjörður on the north side of the peninsula. It is over 1,500 feet tall and stands by itself on its own peninsula. In the sun it is amazing…it was of course raining when we got there and my camera started action up…another bad thing about this day. There is also the Kirkfoss waterfall nearby. I wanted to take this awesome picture with the waterfall and mountain but it was pouring so hard it was impossible. 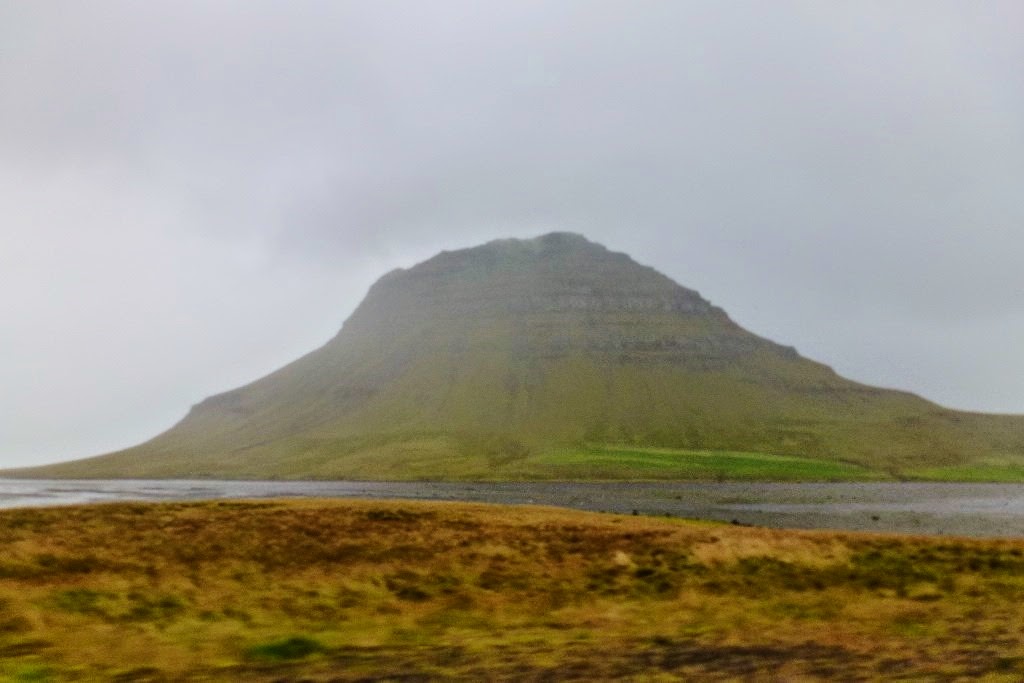 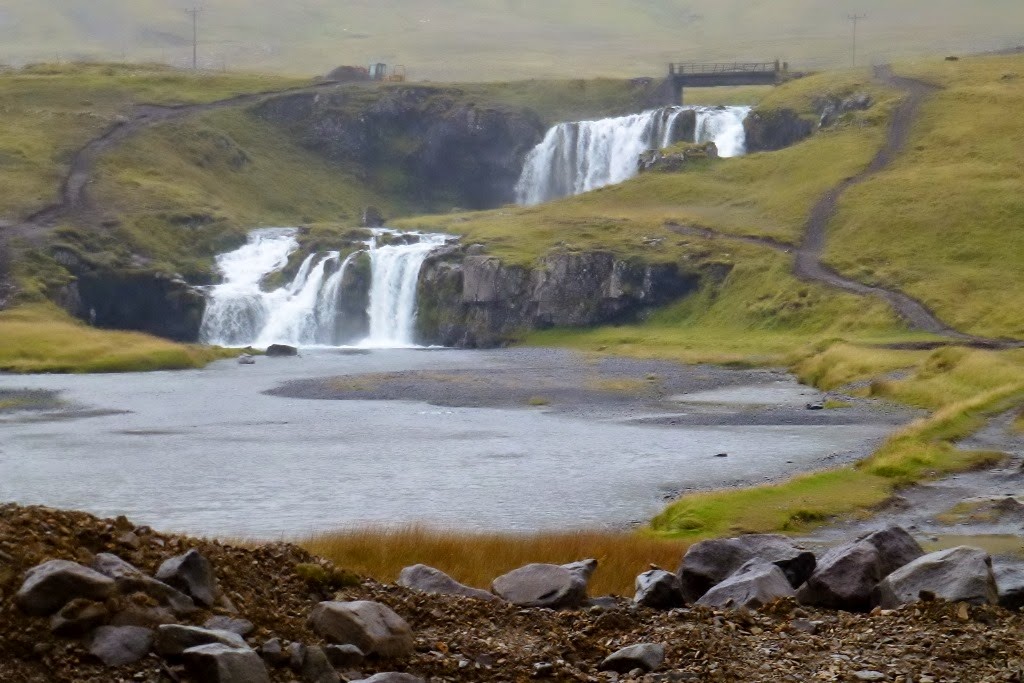 Djúpalónssandur Beach
Next stop was Djúpalónssandur Beach on the west side of the peninsula. This was really a highlight of the trip. Even in the rain is was nice to go down to the beach. The rain was coming right at us and the winds were amazing but I still managed to get some nice shots. At this beach there are four lifting stones, used by fishermen to test their strength. They are Fullsterkur ("full strength") weighing 154 kg, Hálfsterkur ("half strength") at 100 kg, hálfdrættingur ("weakling") at 54 kg and Amlóði ("useless") 23 kg. They were traditionally used to qualify men for work on fishing boats, with the Hálfdrættingur being the minimum weight a man would have to lift onto a ledge at hip-height to qualify. Also on the beach there are remains of a fishing trawler that was wrecked there on March 13, 1948. 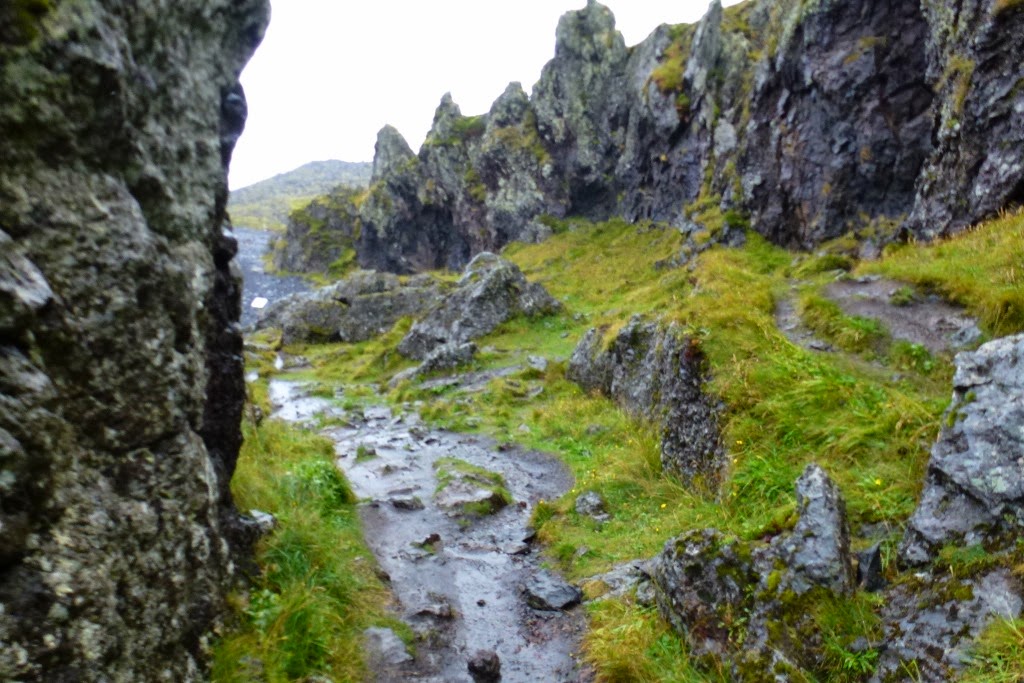 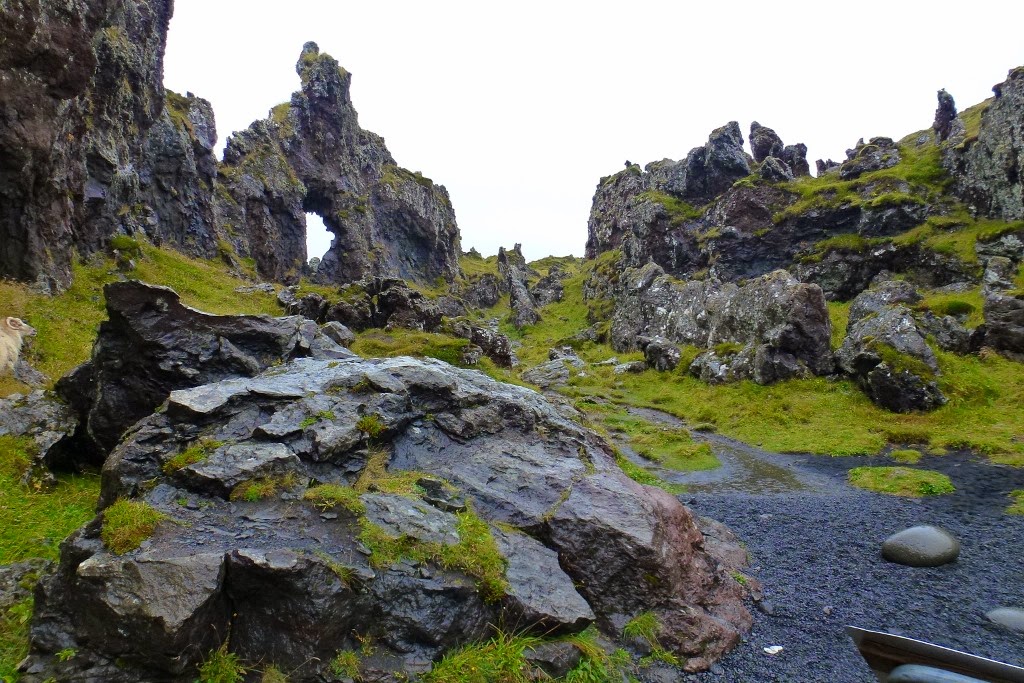 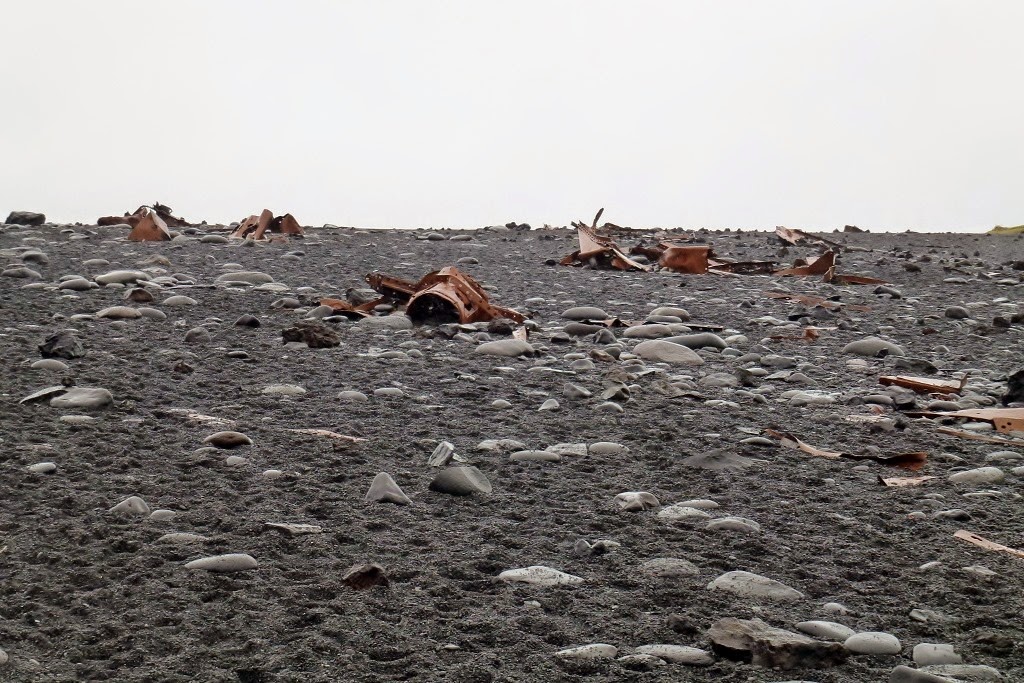 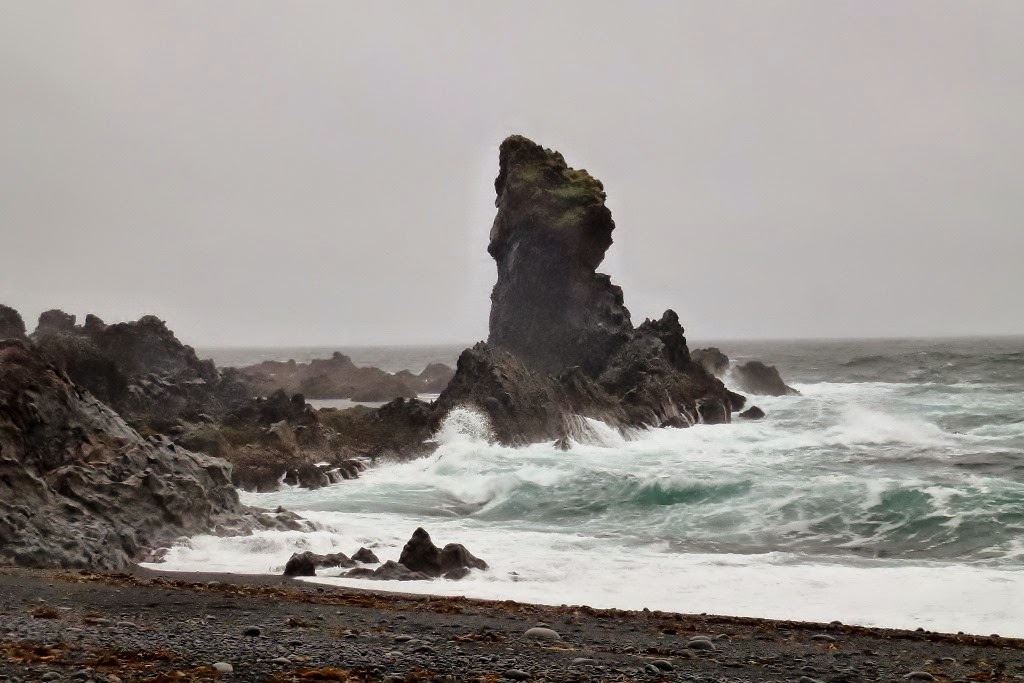 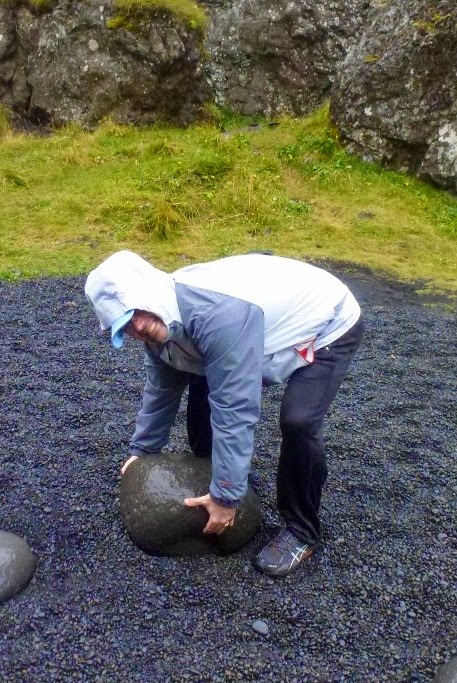 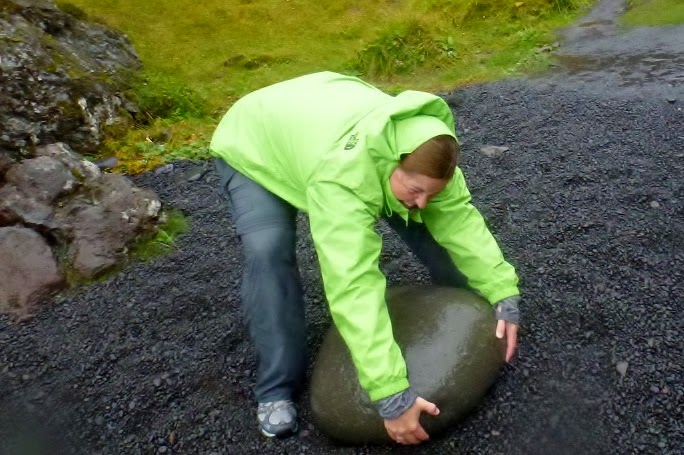 Hellnar and Arnarstapi
There is an amazing hike between these two towns but because of the heavy rain, winds and cold we just went to both ends of the hike and took pictures…sadly missing all that is between them. 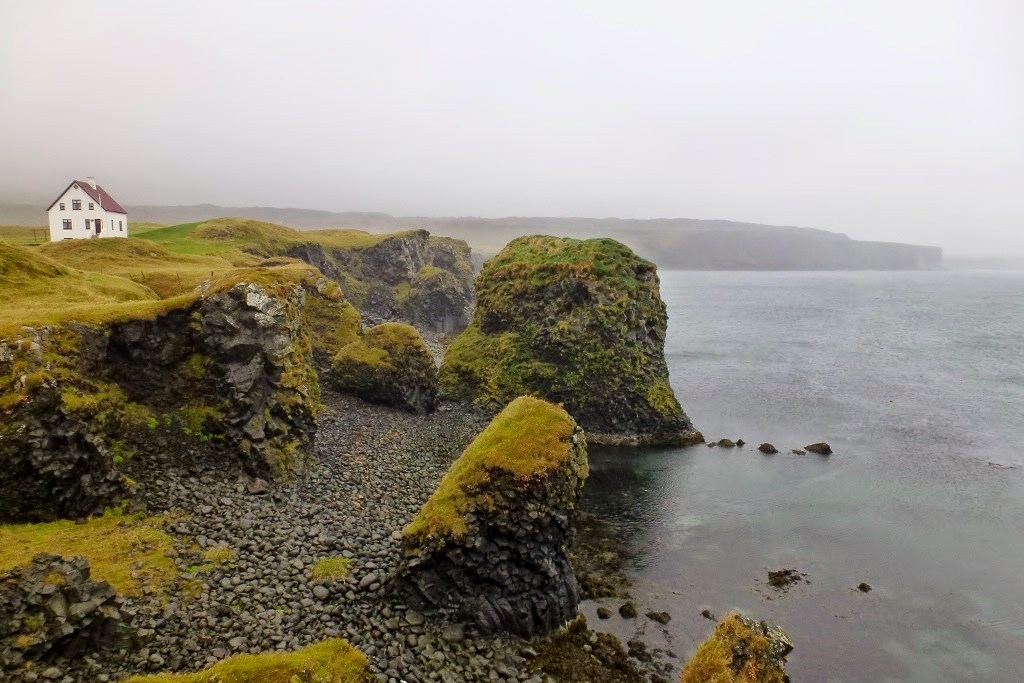 Long Road back to Reykjavik
Finally we made our way back to Reykjavik through the tunnel that wouldn’t be allowed in the US.
The Hvalfjörður Tunnel received a bad rating in the 2010 European tunnel test. The problems with it include weak lighting, absence of an automatic fire alarm system, too weak ventilation in case of a fire and a far distance to the next fire station. We survived! 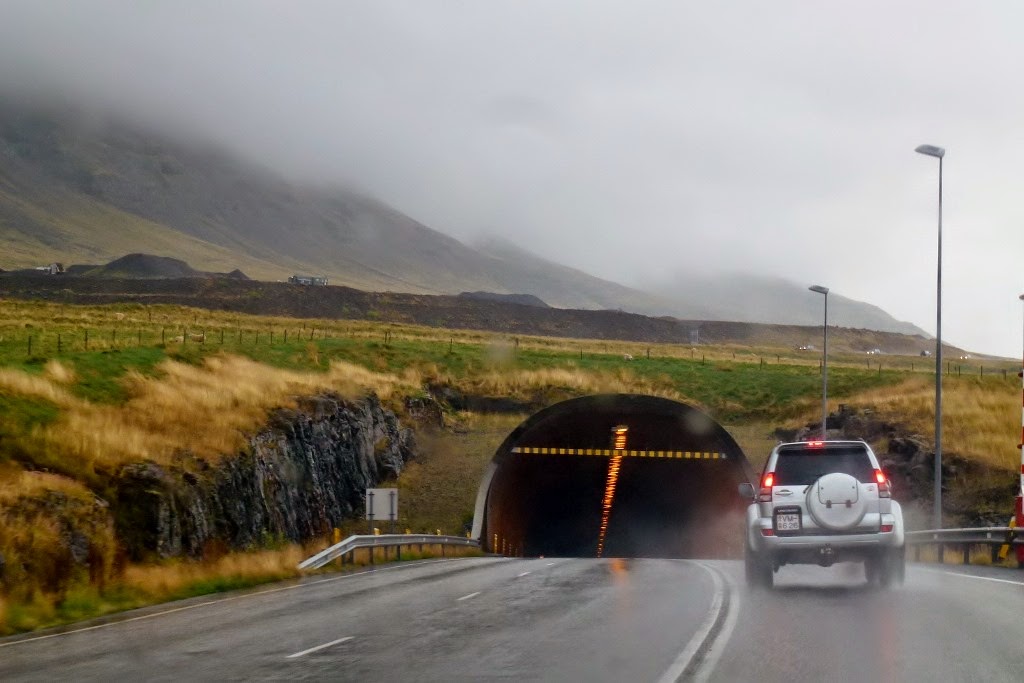 And finally a night picture of Hallgrímskirkja. 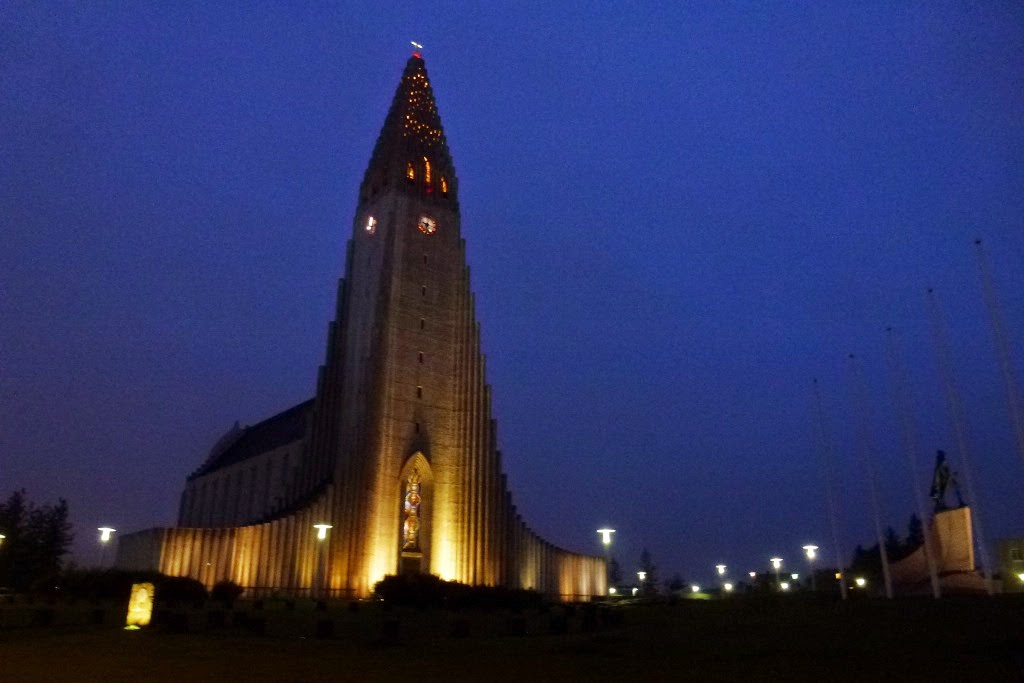 We got back too late for church so decided to drive down to the Blue Lagoon for the evening…I talk about that in another post.
Posted by KimmerBee at 3:00 AM