An Anniversary, a State Fair and a 5K

It was a very busy weekend for us. Friday night my mom and brother came up. To celebrate our 11th anniversary, we went to the State Fair fairly early in the morning on Saturday. First stop was Sweet Martha cookies and milk…yum!  We walked around a bit. Took the sky glider to Machinery hill…yes mom rode it! Here is proof: 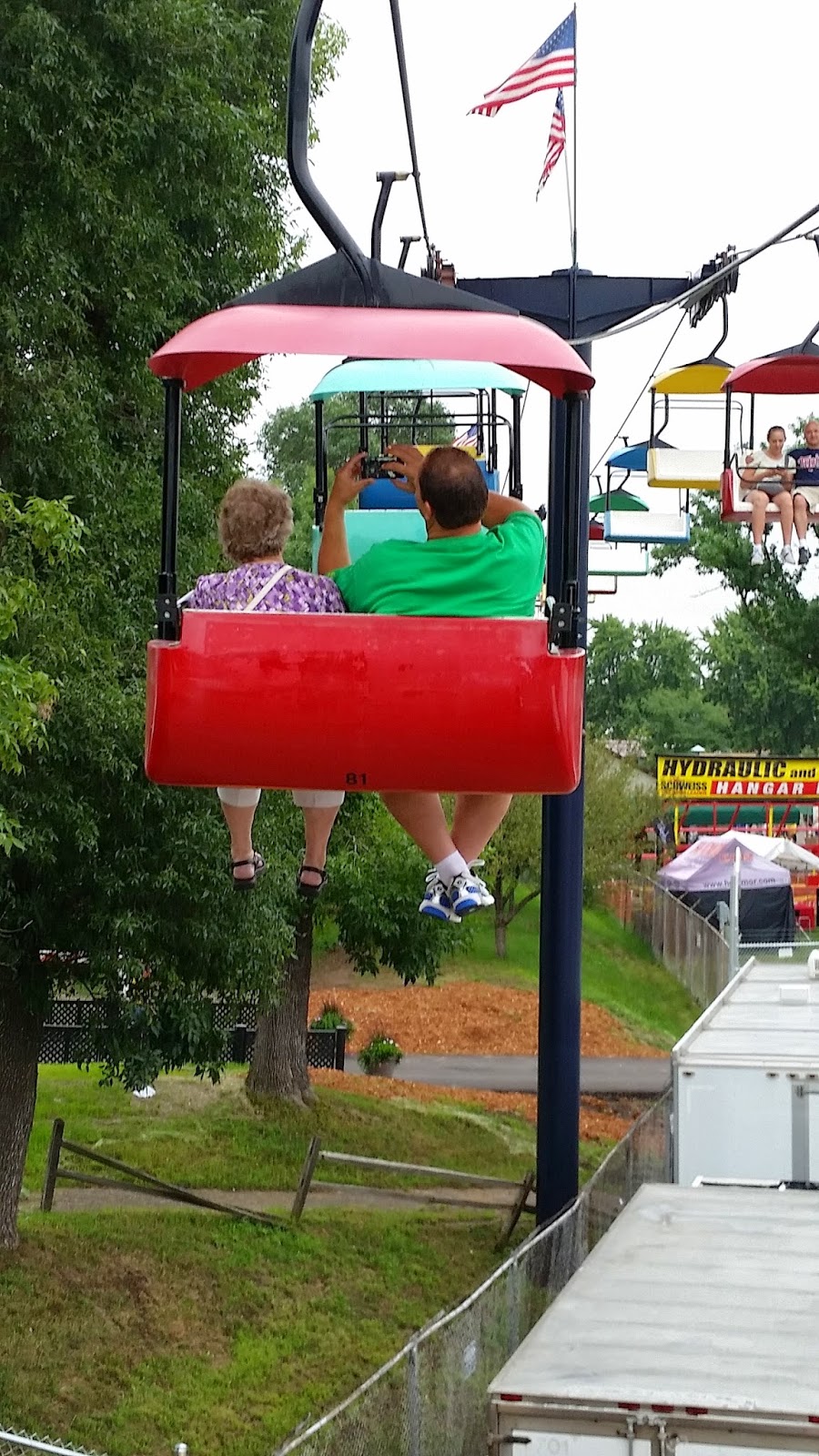 We saw the dog show, where dogs did tricks and jumped in the water. I was interesting. We slowly made our way back to Leinie’s lodge and food building. For lunch I had an egg roll, some of mom’s lo Mein, cheese curds (of course!) and a mini corn dog. We watched the band performing at Leinie’s stage while we ate. We did some shopping in the Grandstand and watched the parade. Did a bit more shopping before we called it a day. I got my fried candy bar and we went home.

After the fair we stopped at the mall to get Mike some new clothes. He lost 14 sizes in pants! Crazy! We got him some new jeans…Levi’s! and a couple shirts.

For our anniversary we went out to eat at Jimmy’s. I was still stuffed from the fair but I had a steak anyways! It was delicious. We spent a few dollars…or a lot of dollars at the casino before we called it a night. We had to be up early Sunday for the 5K race.

Sunday morning was the Minneapolis Duathlon. Mike and I walked the 5K part. Eric and Brenda walked too but much faster than us. It went well. He finished 2 minutes faster than his best time so that is major improvement. And we finished before the first place guy who did the entire duathlon. That guy was amazing. He ran a 5k, biked 15 miles and ran another 5K in about an hour and half. Amazing. Technically, I finished last. 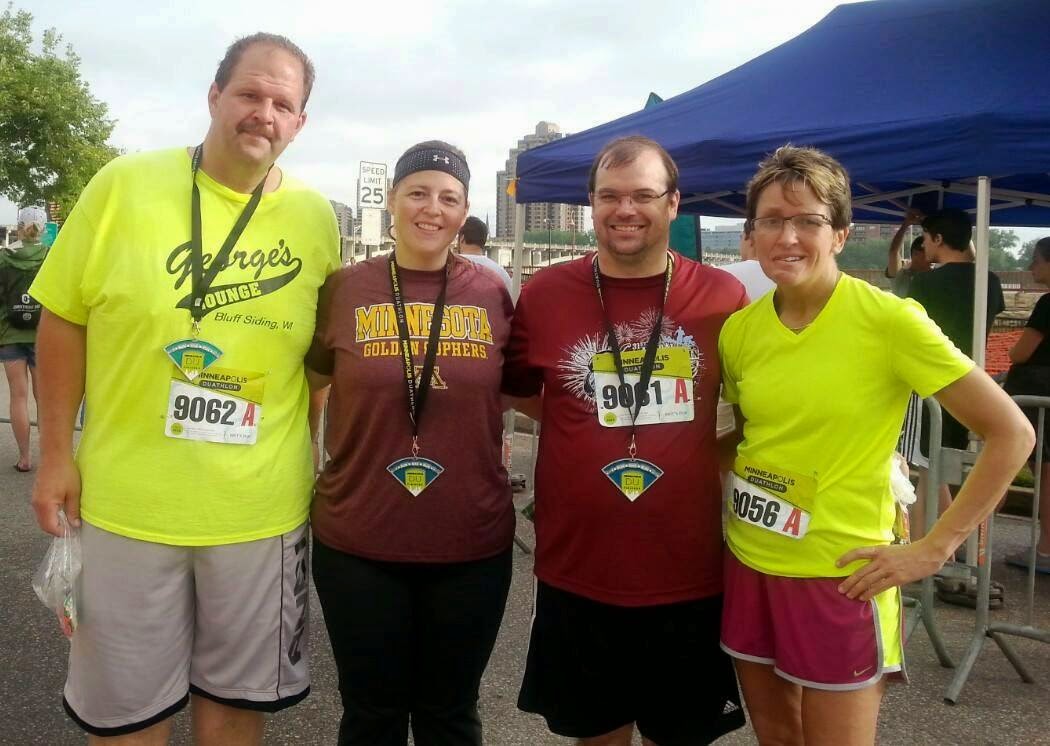 To celebrate our finish we stopped at Caribou Coffee for some breakfast and relax at home before having lunch at Don Pablo’s with DJ and Brenda.

Eric and I relax after everybody went home and eventually found our way to Valleyfair. We did two rounds in the lazy river before we were kicked out because of lightening. Seriously?  Well all the rides were stopped so we just went home. That was our day and our weekend.
Posted by KimmerBee at 10:04 AM