In addition to all the running and races we have done the last couple of weeks, we have also had a couple weddings.

Paula and Tom
The first wedding was Friday, April 10th. It was for my cousin Paula and her new husband Tom. It was a very nice ceremony in Chippewa Falls, WI and the reception was at a golf club in Eau Claire. We rushed out of work and headed straight to Wisconsin, no easy task during rush hour!  We arrived with a few minutes to spare for the ceremony at 7pm. After the ceremony we headed to the reception in Eau Claire. There was a live band and appetizers for food. It was nice to see my cousins but the late start made for a long night…and we had Goldy’s run the next morning! 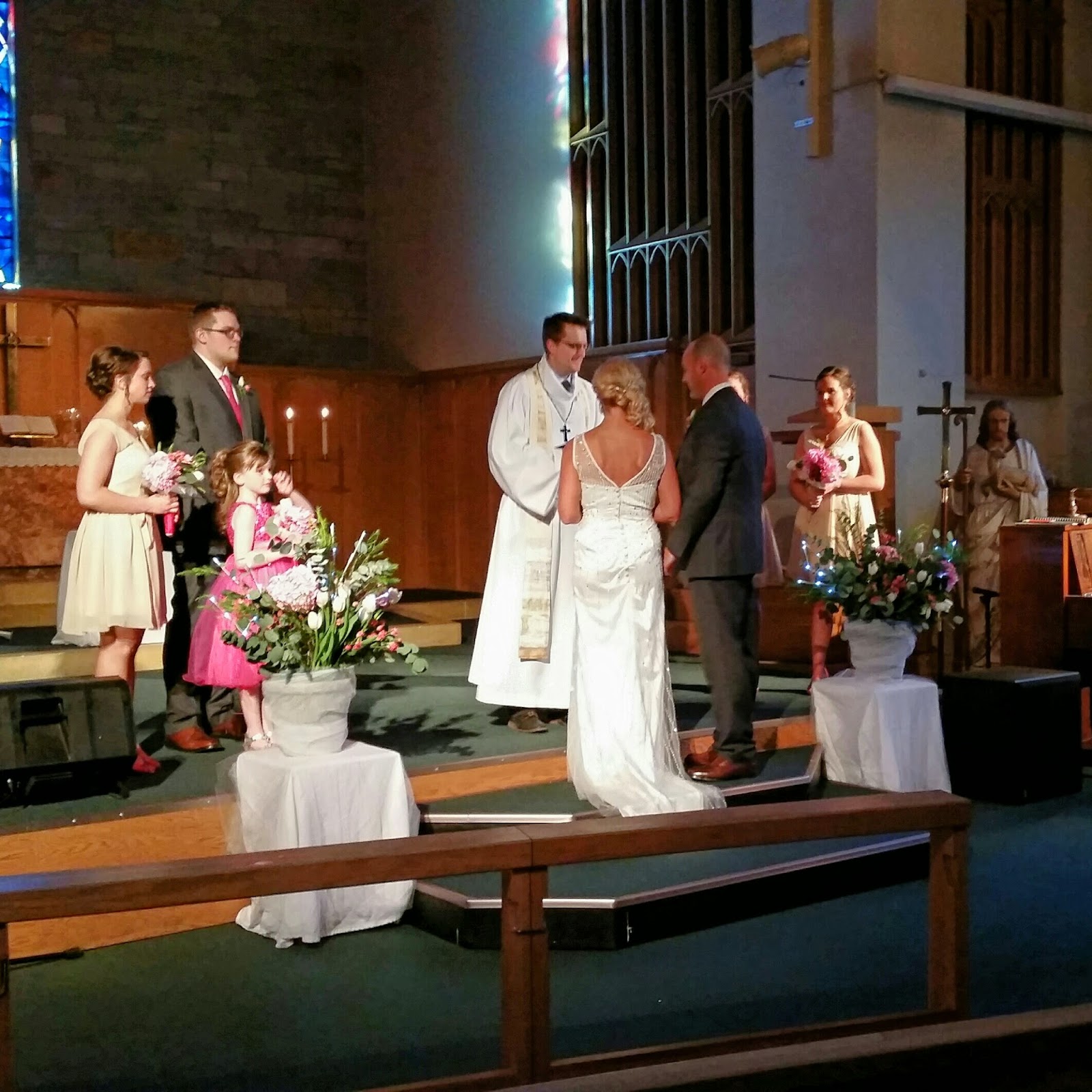 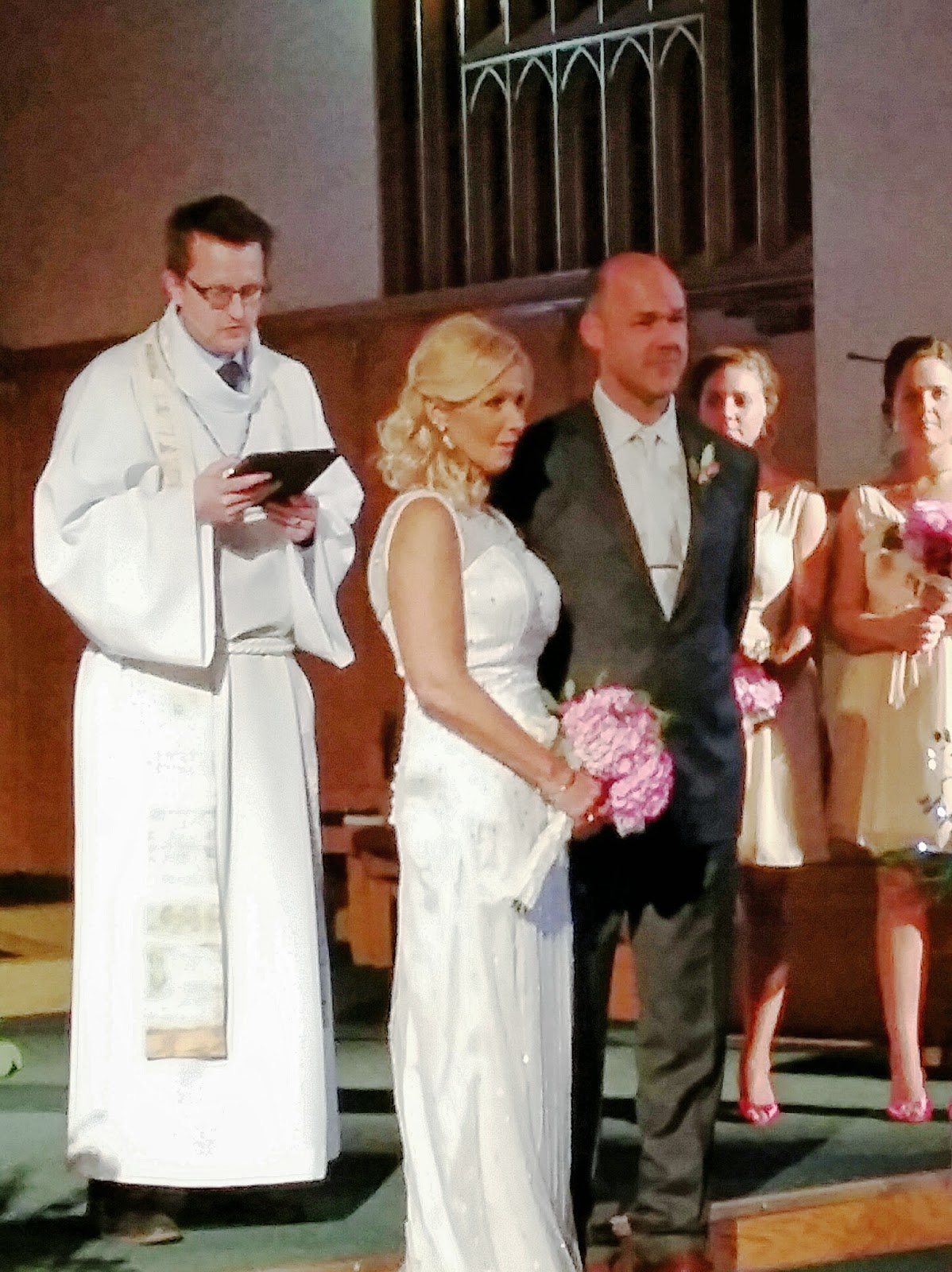 Angela and John
This past weekend was my friend and college roommate, Angela’s wedding. Yes it was on Saturday after the 15K. We rushed home from the race, showered, changed and ran out the door for the almost 2 hour drive to the church. We snuck in the door and sat at the back. We got there just as they were saying their “I Dos.” We got there 30 minutes late and it lasted another hour…thank goodness for a long Catholic Mass! Ha!

After the Mass, we headed to Albert Lea to check into our hotel and for the reception. I know we could have probably just gone home after the reception but I didn’t really want to drive an hour and half all the way home after the long, tiring day we had. The reception space was very tight, I’m not sure if it was exceeding fire code!  We had a nice visit with DeAnn & Brion, Heidi and her daughter, Denise and her family and Andrea and her family (all former SMU alumni). It was nice to see old friends. Angela looked beautiful in her dress. She was one happy bride. I just can’t believe she will be a farmer! Ha! It was a nice evening. But I was so happy to crash into bed! 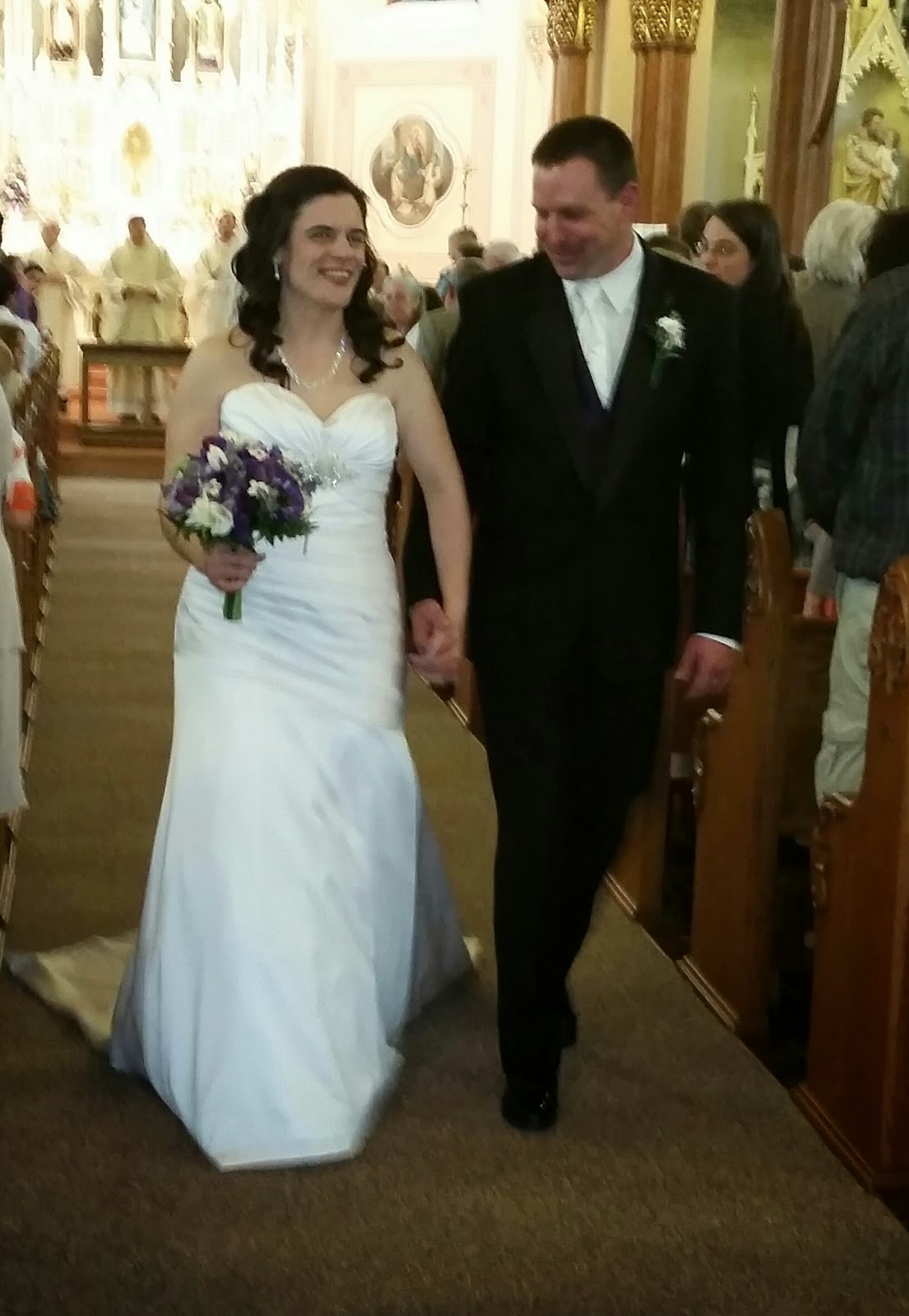 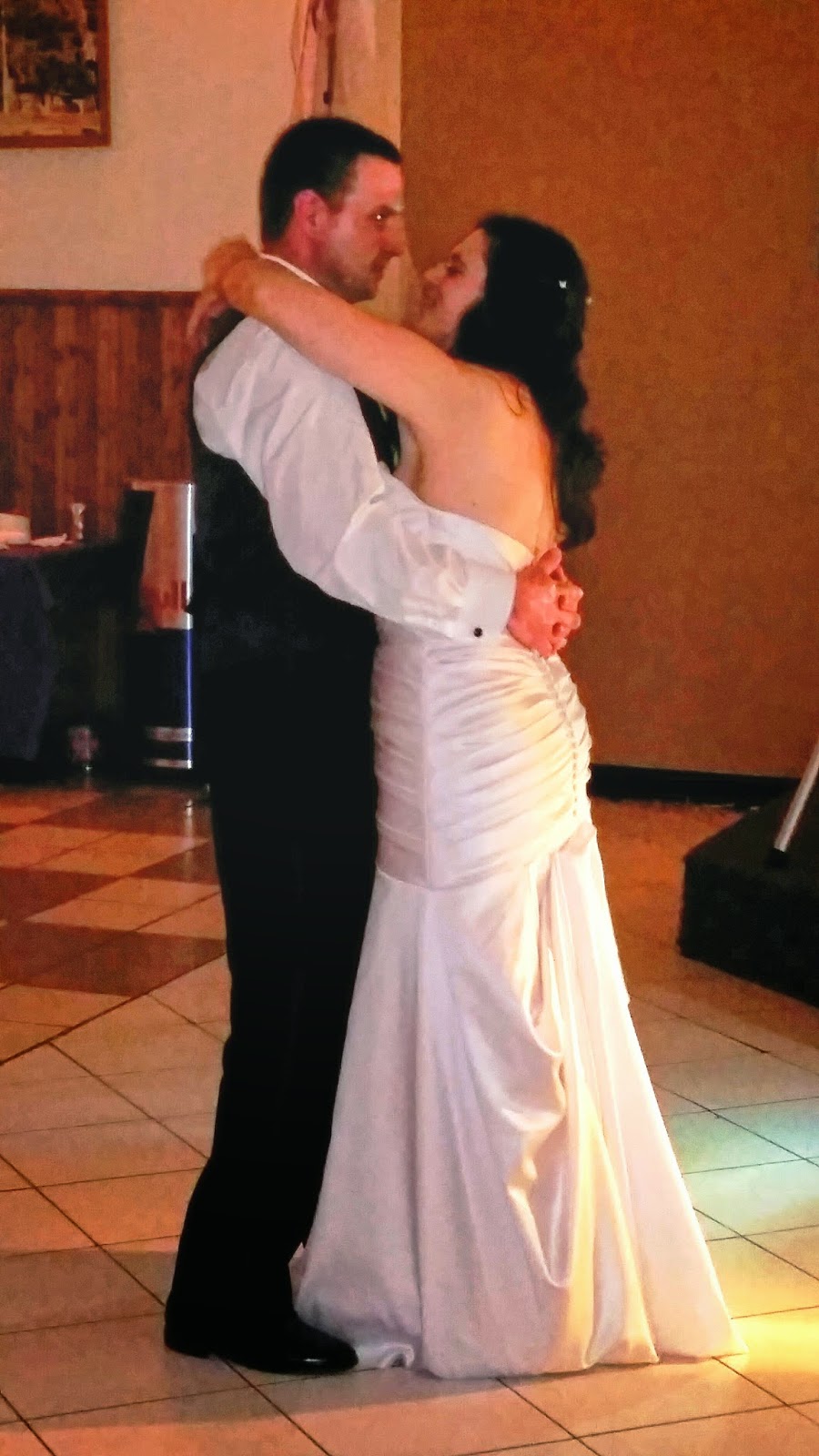